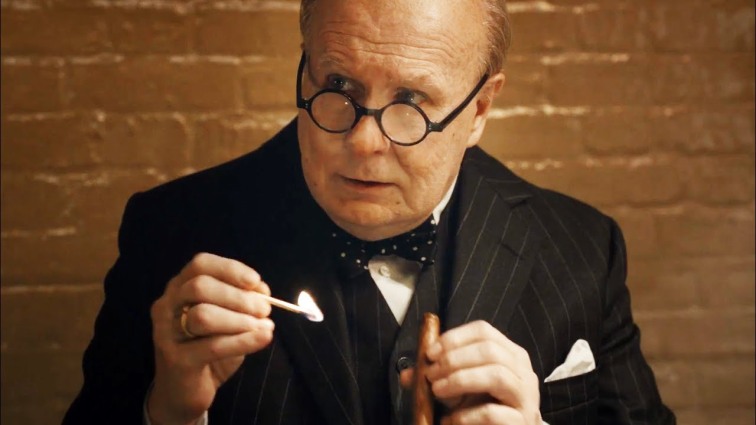 First, Rest in Peace Reg E. Cathey.  From ‘Oz’ to ‘the Wire’ to ‘House of Cards’, Cathey was a fantastic, Emmy winning character actor.  More importantly, judging by the words of those who knew him and worked with him, an even better human being.  He will be missed.

Speaking of character actors.  Lee Harvey Oswald.  Commissioner Gordon. Dracula.  Gary Oldman owned these roles and numerous others in movies big and small over the years. But no Oscar.  That’s probably changing next month.

‘Darkest Hour’ benefits not just from having Gary Oldman in the leading role (barely recognizable under all that makeup), but also from living in a world where its target audience has been given ‘the Crown’ and ‘Dunkirk’ over the past 12 months.  Knowing so much more about World War II era London helps a movie we’re so much of the conflict is cerebral and hard to visualize.

None of this is to take away from what Oldman does here.  You expect dialect expertise, you expect a few outbursts of anger, you expect a great monologue from two if for no other reason than it’s Winston Churchill.  And you get all of that and a little more.

It’ll be a surprise if Gary doesn’t get his ‘Lifetime Achievement’ Oscar for this.