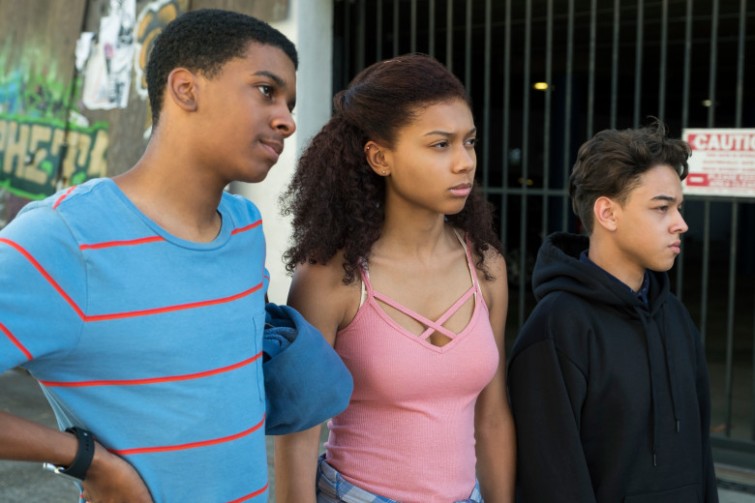 I understand (kind of) that Netflix can’t promote the living heck out of every single project they put up.  I kept hearing about ‘On My Block’ by word of mouth, and I was only two episodes in before I started telling people around me, ‘You need to get involved with this,’ and now that I’ve finished season 1 (and I’ve heard Netflix has already greenlit season 2), I’m writing about it today.

The best pitch came from one of the homies who actually finished binging it before I did: ‘It’s one of those CW shows, but for us.’  Accurate.  ‘On My Block’ is an often hilarious, coming of age story centered around four teens: insecure, nerdy Ruben, trying to stay out of ‘the life’ Cesar, tomboy growing into a woman’s body Manse, and the resident goofball Jamal.  Following the kids entering the first year of high school, the series does a great job giving each member of the ensemble a relatable individual arc that doesn’t pull the overall tone too deeply into melodrama.

And it has to be said: young actors can be hit or miss, but the casting on this one is pitch perfect.  A lot of the fun of this series comes from how much we’re cheering for each of these characters and their quests.