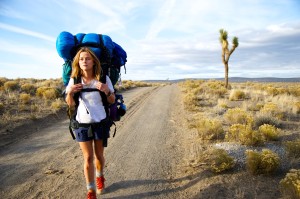 Reese Witherspoon carries this film based on a true story, about a young woman who hikes across the Mojave Desert.  That by itself isn’t much of a story, the hike is a metaphor for this young woman’s transition from a turbulent childhood to young adulthood and attempting to turn her life around before it’s too late.

It’s a clear step away from America’s Sweetheart mode for Reese, and Laura Dern also earned an Oscar nomination for portraying Reese’s mother in the film. Definitely one of the quieter films of the award season; if you like the nature element or the source material, you’ll like this one.