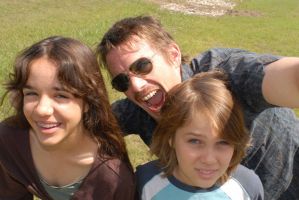 One of the lead horses for Best Picture.  No one can deny the ambition or not be impressed that Linklater actually pulled this off.

I don’t remember who I should credit for this but I think it’s true: where you’re at in life directly impacts how you take ‘Boyhood’ in.  If you’re close to having an empty nest, I think it hits you the hardest.  If you’ve still got little ones at your ankles still, you’ll feel it but in a different way.  And so on.

Patricia Arquette has been running away with the awards so far, that’s unlikely to change.  Personally I was most impressed by Gregg Popovich with the shocking turn as the evil stepfather (I know only some of you will get that joke).

I thought it was telling the Producer’s Guild went in another direction, but we’ll know soon enough if that really means anything.  Still a classic Linklater film.