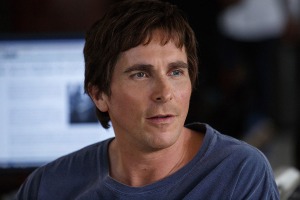 CHRIS: And here to present the next two awards, here is Academy Award nominee Emma Stone, and the Associate Producer of ‘Trojan War,’ Malik Aziz!

(audience applause as they take the stage)

EMMA: An outlaw trying to survive in a room of seven Hateful men. A woman supporting and coming to grips with her husband’s changing sexual identity.  A partner trying to reel in one of the greatest creative minds of the last century. A few of the great performances from this year.

MALIK: That’s right! And you know what else they all have in common?

MALIK: Wait, what did you think I was going to say?

Here are the nominees for Best Actress in a Supporting Role:

Who Will Win: One of this year’s ‘It Girls: Viklander

Who I’m Cheering For: A small chance based on the movie that McAdams wins, and she’s pretty solid in everything (including last year’s True Detective).

Here are the nominees for Best Actor in a Supporting Role:

Who Will Win: Everything’s lined up for Sly, and if Mike and Ryan are happy for him then I am too (I guess).

Who I’m Cheering For: