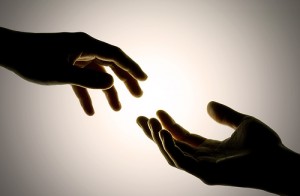 We had a nice little team potluck at the Office last week.  It was supposed to happen a couple of weeks ago, but since I was fasting for Ramadan, it was delayed.

I didn’t request the delay.

One of the guys, who I honestly rarely interact with even in a professional manner, made jambalaya with a sausage that wasn’t pork sausage.  There was more than enough food; he didn’t have to do this, but he did. I had some of his jambalaya, it was delicious and I personally thanked him for making a version I would eat.

I have no power over any of these people and people have been eating lunches and throwing other dinners left and right over the last month regardless.  They watched me grow my beard out and take a month’s worth of lunchtime naps, but as usual I don’t go out of my way to talk about or bring unnecessary attention to my personal life.  But for whatever reason, my team decided to make concessions for me and my respect/desire to reciprocate went up accordingly.

So why does respect feel so hard right now?

We’ve been living in the ‘Too Much Information Age’ for a nice little spell now.  With slight retrospect, it’s been pretty light hearted until now hasn’t it?  We’ve watched people with no traditionally recognizable skill set become rich and famous because they know how to draw our attention.  Because of spaces like this, we’re able to keep in touch with each other and know what’s going on in each others’ lives much, much easier.  We feel intensely connected to people we’ve only spent time with in the flesh once or twice (if ever).  The world feels a lot smaller.

Now we’re dealing with the dark side of knowing everything and the world feeling a lot smaller.  What used to (maybe) be one line in a newspaper has to feed the 24/7 news cycle for days on end.  Most of us who are plugged in know ‘the news’ now before ‘THE NEWS’ reports it officially.  Everyone has a readily available camera and keyboard.  You can fairly accurately judge where people stand when something goes down, either by what they’re saying or by their complete silence. Those with nothing constructive to offer and seemingly not much of a purpose in their own lives, have seemingly never felt more empowered to bully and antagonize on the light days, and to murder and scapegoat on the darkest days.

No, I don’t have ‘the answer’.  I’m figuring this out just like everyone else invested in the Future, whatever that looks like.  I have theories on how we got here, but I’m going to keep tabs on the National Conventions the next couple of weeks before I go there.

Going back to the story I started with, in my experience, the vast majority of people will respect your space and your lifestyle and your thing for one very simple reason: they want you to extend them the same courtesy when the shoe is on the other foot.  But everyone won’t and everybody doesn’t and it’s just the way of the world: most conflicts can be delayed for a time, but somewhere down the line, you’ll have to ‘do’ something.

You’re upset, you feel bad for others, you have empathy. Great.

But are you doing anything about it?