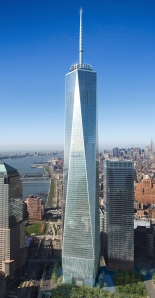 When something dramatic happens, I try (if I can) to wait a day before really reacting to it.  The gut reaction is usually the right one, but emotions can severely cloud judgment as well.

So to go from the initial reports (‘The President is making an announcement, and it can’t wait until tomorrow’) which create nothing but dread, to the rumors that led to what Obama was really announcing, I had, and continue to have conflicting emotions about it.

Death: as Biggie said after Pac died, ‘There ain’t no coming back from that.’ A few of you have found a great quote that Dr. King that is a more eloquent way of saying the same thing.  While as a country we don’t officially teach an eye for an eye, I know I wasn’t remotely surprised when I saw kids dancing in the streets when the announcement was made.  And I know the next generation of terrorists were watching that too, using it as proof we want to ‘get them’ as bad as they want to ‘get us.’

But how can I not feel a degree of closure in knowing the man who financed the worst terrorist attack on American soil finally met his end?  You know and I know that what happened that day made ripples way outside of Manhattan; it created a dark cloud over every aspect of American life.  The way we travel obviously, the way we react toward other cultures, even in some ways I think the loss of respect between our two political parties.

I wasn’t too worried it would happen, but it is nice to know the powers that be recognize they’ve only killed the figurehead of an anti-American movement that will continue.  It would be nice to believe that we could bring all the troops back in six months, but that doesn’t seem practical.  There’s a whole new set of questions to start asking now (that I’m sure my more politically minded friends are already working on).

You know who I’m happiest for?  Our military.  I had and have family and friends stationed all over the world, and it has to be gratifying for them to know this ‘goal’ they’ve been working on for so long has been accomplished.  You’re aware of it, but last night was one of those reminders that there are cats risking their life everyday to protect our way of life.  Can’t say that about my job, can you?  So to any of my people in the military who happen to reading this, thanks again for what you do.

Now let’s see what comes next…